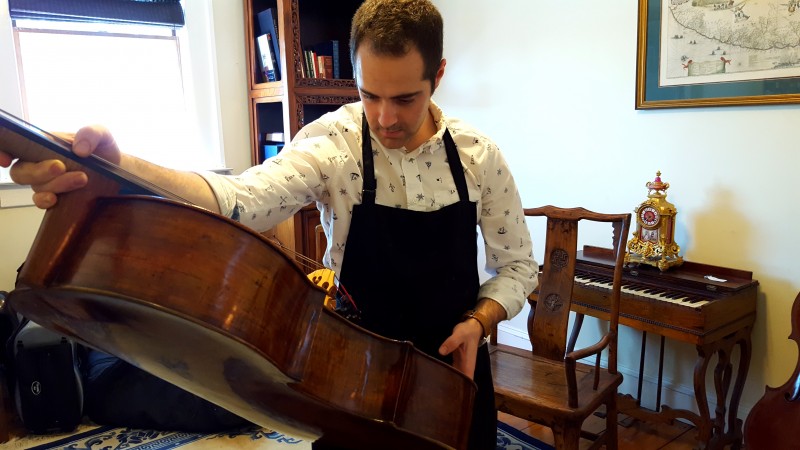 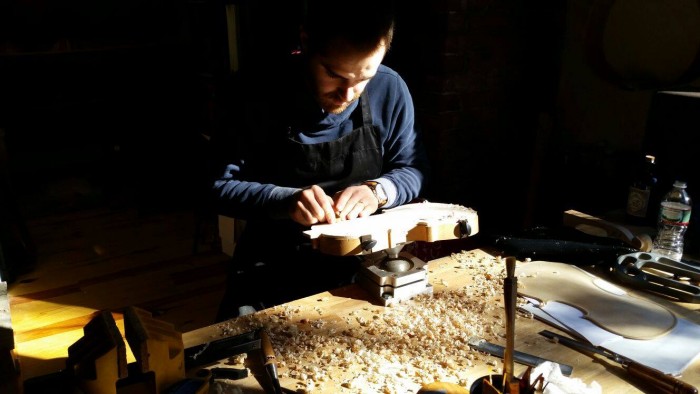 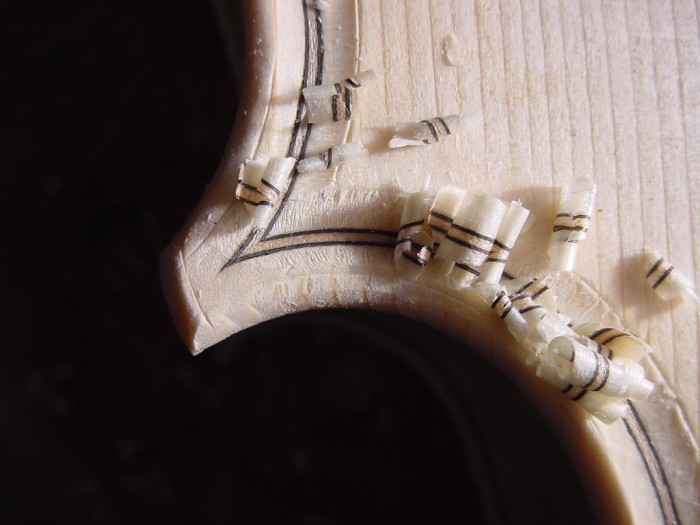 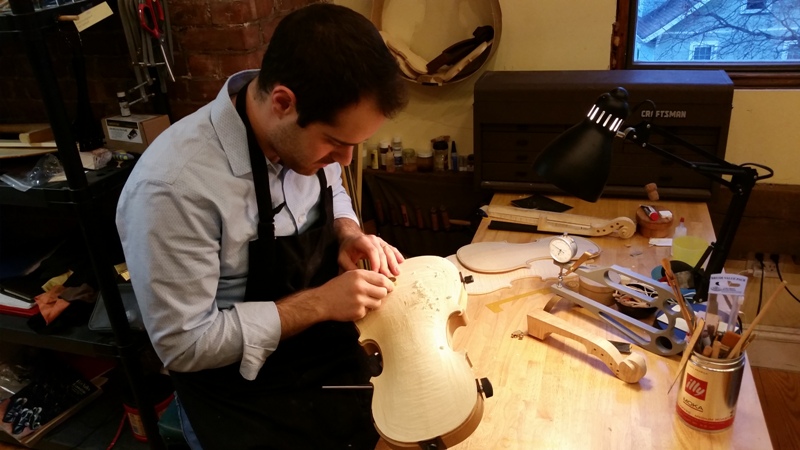 About Our Luthier - Francesc Clar

From his uncle, he gained general knowledge for about a year. Mr. Clar along with his father decided that they wanted to take his knowledge a step further. Mr. Clar went to China for a period of two years (2007 – 2009). In China, he learned set-up and repair of instruments, and worked at Toulo International Inc. During those years in China, he decided to take this journey even further and obtain a professional diploma as a luthier. In 2009 he moved to Italy to learn violin making professionally. He studied at Bottega di Parma, in Parma, Italy. He completed his studies and earned his degree with optimal merits in 2012. While in Parma, he built four violins, one viola, and two celli under the tutelage of master luthier Desiderio Quercetani.

After completing his diploma, he went back to his hometown – Valencia, Spain. He worked at his father’s violin shop for a few months, but he aspired to do even more with his career. He returned to China as a professional luthier and was introduced to many dealers and businessmen in the trade. While in China, he met Mr. Michael Cho and Mr. Robert Ames, and they opened the doors of their shop in Fort Lee, NJ for him to work.

In July of 2013, Mr. Clar arrived in New York and began working at Main Violin Shop in Fort Lee, NJ. Thanks to Mr. Robert Ames, he was able to meet many businessmen in the trade. One of the many luthiers he has met, and who plays a great influence in his advancement as a professional of the trade is, master luthier Carlos Arcieri who apprenticed and worked alongside Simone Fernando Sacconi at the legendary Wurlitzer Violin Shop in New York. Mr. Clar began apprenticing fine restoration of instruments with Mr. Arcieri in January of 2014 and currently visits Mr. Arcieri’s shop frequently for more sessions of study. Mr. Clar remains interested in learning and improving his techniques and therefore attended the violin restoration workshop held by the Violin Society of America in July of 2014 in Oberlin, Ohio.

Mr. Clar is the owner of his violin shop – Clar Fine Violins, which collaborates very closely with Robert Ames Fine Violins and Bows. Both shops provide a wide array of services for both, instruments and bows.

Mr. Clar enjoys membership of AELAP which is the Spanish Association of Professional Luthiers and Archetiers.

Excellence is our priority Dismiss